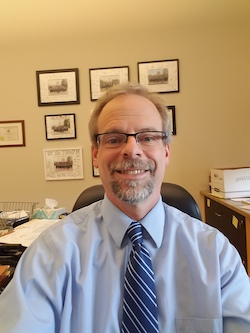 Given a legal challenge, Tom does not hesitate to dive in head first. While practical and approachable, Tom enjoys critical thinking to figure out the best legal approach. Having experience in a variety of legal areas, Tom is able to cross over between criminal matters, family matters, bankruptcy matters and the like; a real advantage for the client. Knowing each of these areas of law allows Tom to advise and integrate assistance to target more broad- based outcomes for the client.

Tom has built a solid reputation in the court systems of southeast Wisconsin, having practiced law for over 30 years. He has appeared in courts all over Wisconsin, as well as federal courts in both Milwaukee and Madison.

Tom strives to do what is ultimately best for the client, and give the client a “big picture” analysis of their matter. Clients come to Tom in various states of stress and anxiety. Often, they are angry that they are involved in a legal matter, and want to lash out at those they feel are responsible for their predicament. Tom believes that rash decisions born of anger or feelings of vindication don’t work out well; cool and calculated decisions based on the law and the facts drive the best outcomes. Tom understands that no one really wants to hire an attorney, but having someone with experience and zeal by your side provides a sense of comfort during periods of stress and anxiety.

Tom is a family man, having been married over 30 years, with three adult children. Tom enjoys cycling, being challenged and motivated by his ironman wife.